Terry Roberts: Where does a novel come from? One character's search for meaning

When I was a boy growing up in the mountains north of Asheville, North Carolina, I lived in an old, quarry-stone farmhouse at a place called Sanders Court, because once upon a time it was a tourist court owned by Colonel Harlan Sanders (he of fried chicken fame).

My mother, Helen Roberts, was an eminently kind and devout woman, who believed in Billy Graham and the King James Bible. Every night when I went to sleep as a boy, she would sit by my bed, and I was required to recite the Lord’s Prayer and the 23rd Psalm.
To truly picture this, you need to imagine that old stone farmhouse on the flank of a mountain ridge, with winter wind howling around the corners and under the eaves. Faraway, the warbling cry of a screech owl, which sounds for all the world like a muffled human scream. There I am, a small boy, curled up under the blankets, reciting for Mama from memory, my voice whispering within the wind.

Appreciate that my mother was a kind and gentle soul—smart and funny and hard-working—in her essence a giving and always sweet presence. If religion, in this case that old-time religion built on the solid rock of the gospel, came into your life through Helen Roberts’ mind and voice, then it was a religion that gave rather than took, forgave rather than judged.

"My problem was that I was word-cursed as a child."

On Sunday morning, however, Mama took my sister and I to a local Baptist Church where we were subject to sermons preached in the old style, full of fire and flame—sermons that imprinted the idea of Hell on the acute sensibility of a young boy much more intensely than the notion of Heaven. When you walked out the door of that Baptist church on Sunday at Noon, heaven might have been a distant, foggy notion but hell was real. It was pronounced in two syllables (“hay-ell”), and you or I were in danger of going there. At any moment…due to car wreck or sudden illness.

My problem was that I was word-cursed as a child. I actually listened when the preachers were thundering away. I actually lay awake and thought about what the words of 23rd Psalm might mean (“he leadeth me beside the still waters” … “yea, though I walk through the valley of the shadow of death” …). I wrestled with words on a visceral level, and I still do.

And so these many years later I ask you…. Is there a god? Is he—or she—loving and forgiving? Or angry and vindictive?

The Holy Ghost Speakeasy and Revival is his story, and I invite you to join him on his quest.

Terry Roberts’ direct ancestors have lived in the mountains of Western North Carolina since the time of the Revolutionary War. His family farmed in the Big Pine section of Madison County for generations and is also prominent in the Madison County town of Hot Springs, a consistent setting in his novels. Among his forebears are prominent bootleggers and preachers but no one who, like Jedidiah Robbins, from The Holy Ghost Speakeasy and Revival, combines both occupations.

Authors to Authors and More 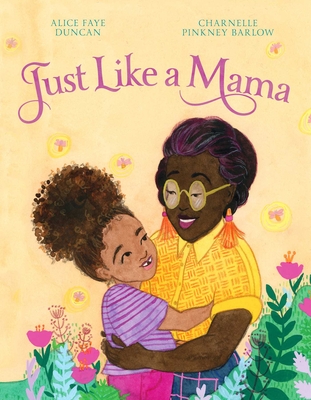 Celebrate the heart connection between adopted children and the forever families who welcome them with kindness, care, and unconditional love in this powerful picture book from the author of Honey Baby Sugar Child.

Carol Olivia Clementine lives with Mama Rose. Mama Rose is everything—tender and sweet. She is also as stern and demanding as any good parent should be. In the midst of their happy home, Carol misses her mother and father. She longs to be with them. But until that time comes around, she learns to surrender to the love that is present. Mama Rose becomes her "home." And Carol Olivia Clementine concludes that she loves Miss Rose, "just like a mama."

This sweet read-aloud is, on the surface, all about the everyday home life a caregiver creates for a young child: she teachers Clementine how to ride a bike, clean her room, tell time. A deeper look reveals the patience, intention, and care little ones receives in the arms of a mother whose blood is not her blood, but whose bond is so deep—and so unconditional—that it creates the most perfect condition for a child to feel safe, successful, and deeply loved